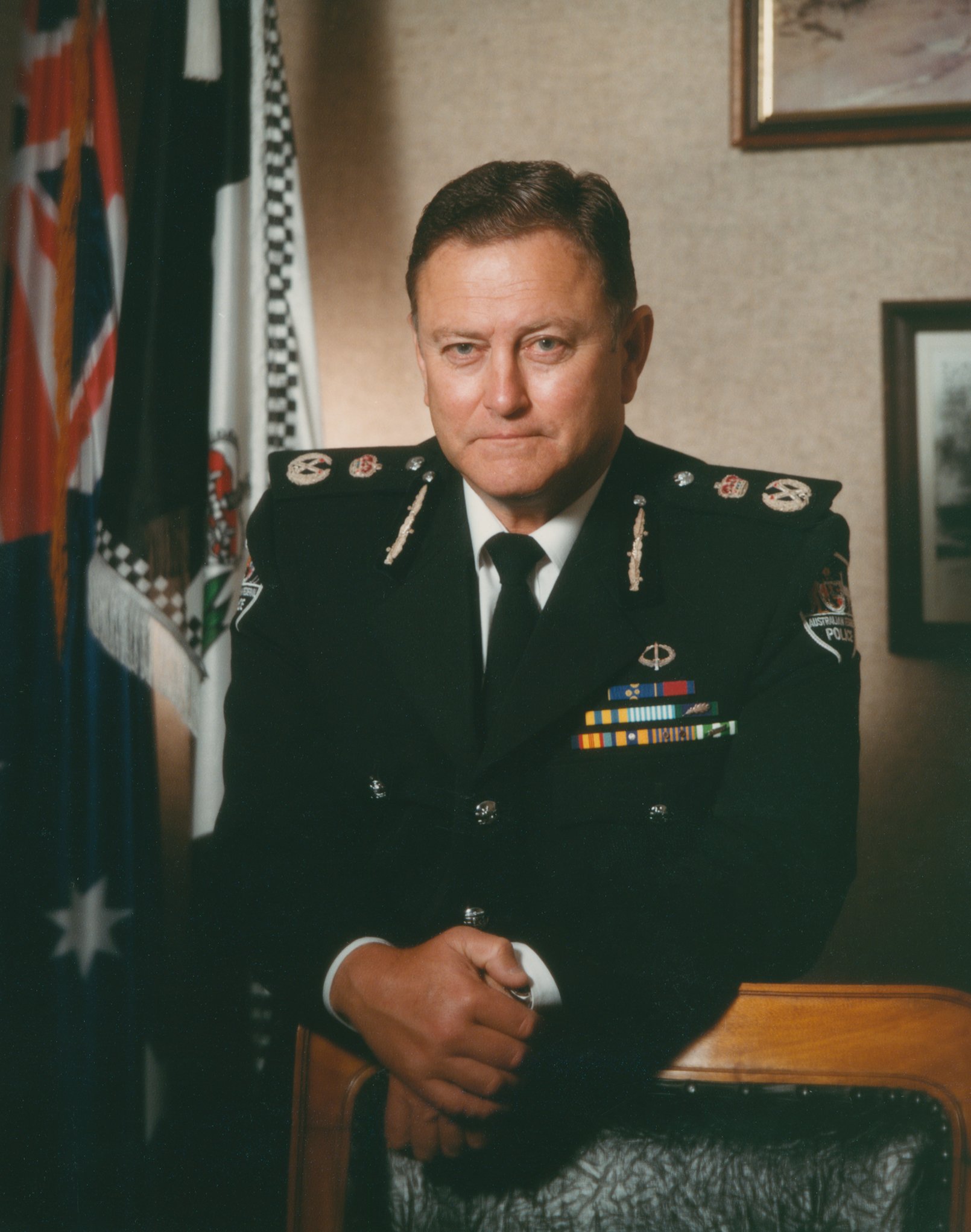 Major General Grey played a significant role in expanding the AFP’s International Liaison Network from four to 12 countries during his tenure. The network now has AFP representatives in 33 countries and continues to play an important part in the AFP’s mission to combat serious organised crime.

Major General Grey endorsed a drive to modernise police methodology, with his term as Commissioner including the introduction of significant legislative reforms in the areas of telephone interceptions, proceeds of crime and cash transaction reports. The AFP undertook Operation Lavender during his tenure, a drug seizure that culminated in the arrest of 20 offenders in August 1985 and the dismantling of a major criminal enterprise involved in drug trafficking.

Major General Grey also led significant reforms in ACT Policing which resulted in reductions in property-related crime and the expansion of the Neighbourhood Watch program.

AFP Commissioner Reece Kershaw said Major General Grey was critical in leading the early development of the AFP into the world-leading law enforcement agency it is today. He served five years as Commissioner during the organisation’s formative years.

“It was during his tenure that the AFP significantly expanded the number of officers in offshore liaison roles to better combat the criminal threats targeting our country, and his emphasis on the value of criminal intelligence to target organised crime is a legacy that continues to this day.

“The AFP and Australia owes Major General Grey a great deal of thanks for ensuring the safety of the community we live and work in.

“I extend our condolences to Major General Grey’s family at this sad time, but also our appreciation for everything he did for this country throughout his accomplished career.”