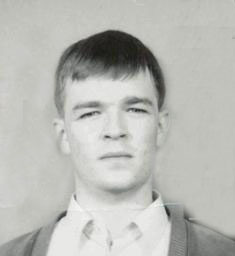 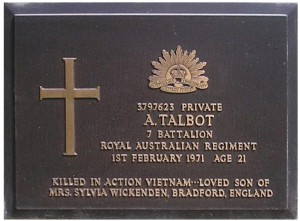 Alan Talbot was born in Yorkshire, England, on the 28th February 1949.

He was a National Serviceman from the Australian state of Victoria.

… the fatal action in Vietnam …
On the 1st February 1971 the Reconnaissance Platoon had been deployed to an ambush position in an area 2km south-east of Phuoc Buu on Route 328. An M16 mine was tripped by the patrol. It resulted in the tragic death of Private Alan Talbot and Private Raymond Patten and it also wounded Lance Corporal Noel Gobold, Sergeant Dick Williams and Private Phil Ryan.

His grave is in the C of E Lawn Section “S”, Grave no. 560B, Fawkner Memorial Park (Victoria) 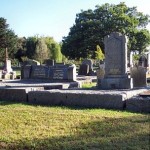