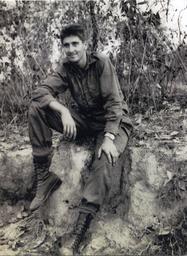 Don Aylett was born in Mooroopna, in the state of Victoria, Australia, on the 10th May 1945

1 Platoon had really walked into it. Within minutes, two sections were leaderless, ‘Lofty’ Aylett being shot leading his men into action, and ‘Gabby’ Hayes, taking cover at the head of his men behind a log which unfortunately lay the wrong way, receiving a direct burst from a machine gun not ten yards away.’
Two section commanders dead, a dozen men wounded, and Rod Smith was in trouble. A shot for shot battle commenced. 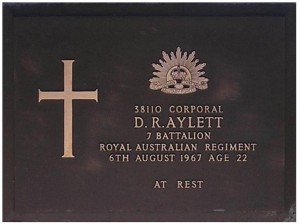