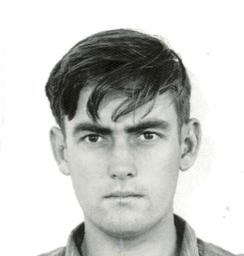 James Cox was born in Rockhampton, in the state of Queensland, AUSTRALIA, on the 4th May 1945.

He served in Vietnam with the 7th Battalion, The Royal Australian Regiment, from the 8th April 1967 until his death on the 26th June 1967. 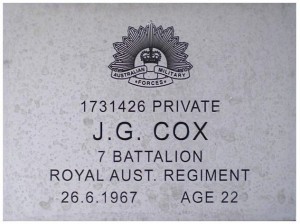