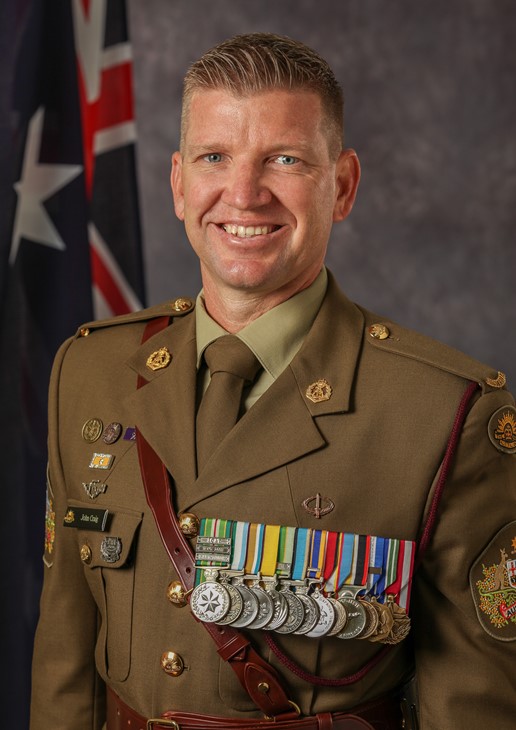 Warrant Officer Class One John Craig was born and raised in Gladstone, Queensland, Australia. In January 1998 he enlisted in the Australian Regular Army and was allocated to the Royal Australian Infantry Corps.

Warrant Officer Class One Craig has served in the 2nd Battalion, the 6th Battalion, and the 8th/9th Battalion, Royal Australian Regiment and the 10th/27th Battalion, Royal South Australia Regiment. Throughout his career he has also had a number of instructional postings, these include the School of Infantry where he was a section commander / instructor, the Royal Military College – Duntroon, where he instructed on Specialist Service Officer and Single Service Training courses, the Combat Training Centre – Jungle Training Wing, where he was appointed as a team leader and the Wing Sergeant Major and on a two year exchange with the United States Army and was assigned as the Sergeant Major at the Command and Tactics Directorate, at the Manoeuvre Centre of Excellence, at Fort Benning, Georgia.

Warrant Officer Class One Craig is currently the Regimental Sergeant Major of the 7th Battalion, The Royal Australian Regiment. Warrant Officer Class One Craig has been married to Joelene for 18 years and they have three children, Emily (16), Luke (14) and Adam (11).  His interest include supporting the North Queensland Cowboys, fishing, playing golf and keeping up with his young family.