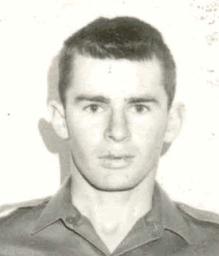 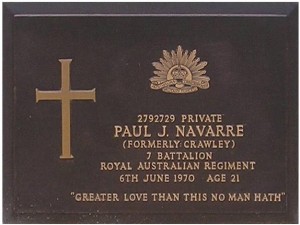 Paul Navarre was born in Terang, in the state of Victoria, Australia, on the 5th September 1948.

.. the fatal action in Vietnam …
The next morning’s clearance of the ambush site triggered an M16 anti– personnel mine. Private Mick O’Halloran, the only survivor of the search group, received shrapnel wounds and was evacuated by Dustoff helicopter to Vung Tau.  He later returned to the battalion and a period of light duties. The Australian soldiers killed by the explosion were  Private Paul Navarre, Private Stephen Dickson and Private Stanley Larsson