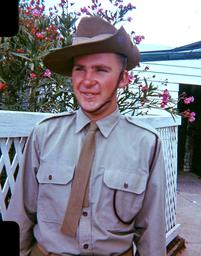 Norman Hawker was born in Lillimur, in the state of Victoria, Australia, on the 21st April 1945.

He served in Vietnam with the 7th Battalion, The Royal Australian Regiment, from the 8th April 1967 until his death on the 27th November 1967

… the fatal action in Vietnam …
After D Company had assualted and captured an enemy bunker system the enemy counter attacked.
During the on going fire-fight Norman (Porky) Hawker was fatally wounded. Another Australian soldier
died and 22 were wounded during this battle. 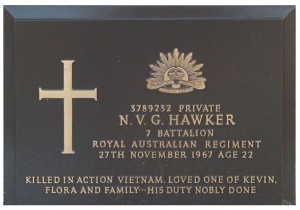