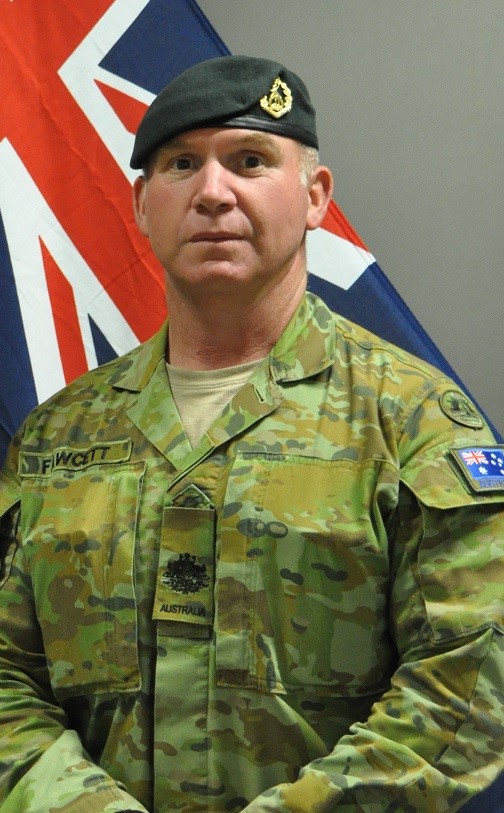 Warrant Officer Fawcett was than posted to 5th/6th Battalion, the Royal Victoria Regiment in 2002 on promotion to Sergeant. During this posting, Warrant Officer Fawcett deployed on EXERCISE Long Look 2002 with the Scots Guards. In 2004 he was posted back to 2nd Battalion, the Royal Australian Regiment as Platoon Sergeant before being posted to Royal Military College – Duntroon in 2006 as a Small Group Instructor.

In January 2012 he was posted to Headquarters Combined Arms Training Centre as a Training Developer for the Royal Australian Infantry Corps. In January 2014 he was posted to the Australian Defence Force Academy as the Warrant Officer Drill and Ceremonial. Warrant Officer Fawcett was appointed as the Regimental Sergeant Major of 8th/7th Battalion, the Royal Victoria Regiment in 2016.

Warrant Officer Fawcett has been deployed to East Timor as part of OP WARDEN (INTERFET), with his second deployment being to Afghanistan as part of Mentoring Reconstruction Task Force – One, OP SLIPPER as Team Sergeant Major for Opertional Mentor Liaison Team – Team Three.