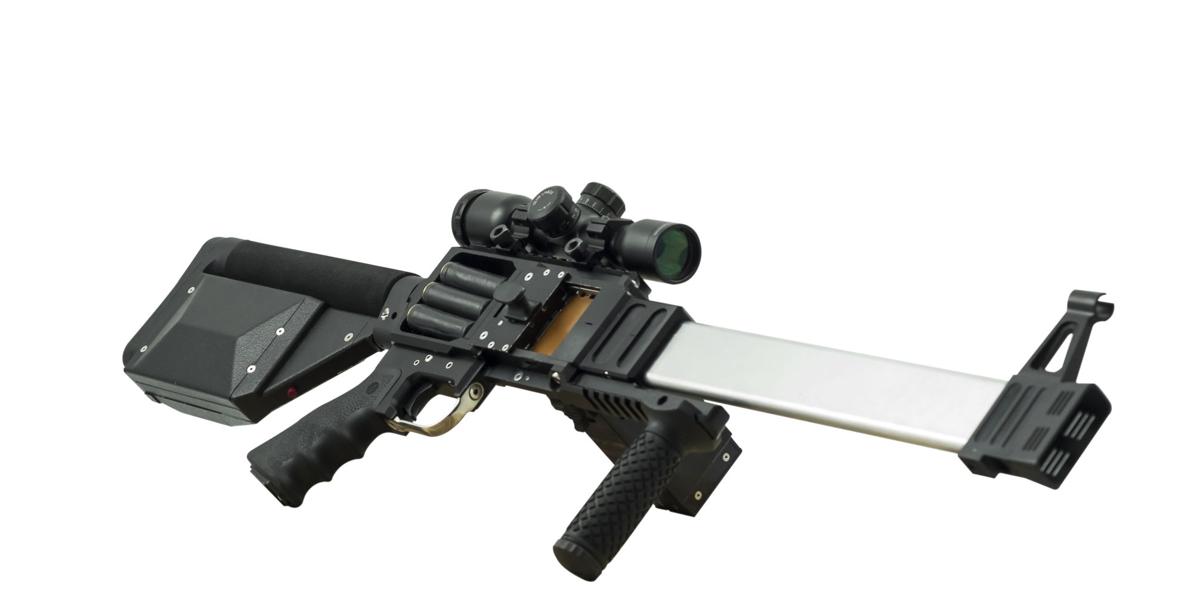 The Army (US) adopted its battle rifle in 1963 and has spent 55 years looking for a replacement for the M-16 and its variants.

They might have found it in Martin Grier’s Colorado Springs garage. Grier, a self-described inventor who has worked at a local bed and breakfast, built the new “ribbon gun” with a hobbyist’s tools.

The specifications are incredible, four 6 mm barrels cut side by side within one steel block. New ammunition blocks fired by electromagnetic actuators that could theoretically give the weapon a firing rate of 250 rounds per second.