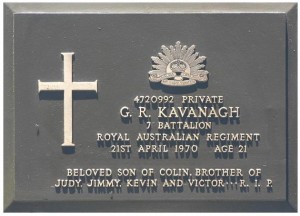 Graham Kavanagh was born in Adelaide, South Australia, on the 30th April 1948. He was a National Serviceman who was a Cabinet Maker by trade.

He served in Vietnam with the 7th Battalion, The Royal Australian Regiment,  from the 16th February 1970 until his death on the 21st April 1970

In the afternoon of 21 April Private Graham Kavanagh of 6 Platoon B Company collapsed from heat exhaustion and died. The fact that his fate was contributed to by the harsh climatic conditions and the arduous insertion into the operation by foot compounded the tragedy of his death. 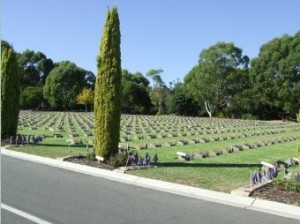