Tony’s father, Peter Kranitis, migrated to Australia in 1926 from Anatolia Lebisi (now part of Turkey) to join his uncle in Port Pirie. He later went to work in Mildura. His mother, Ioanna Konstantaras, came to Australia in 1945 with her family to join her uncle in Mildura. Peter and Ioanna were married in Port Pirie with a double wedding with his sister Evonne. Tony is the eldest of a family of seven brothers and sisters. 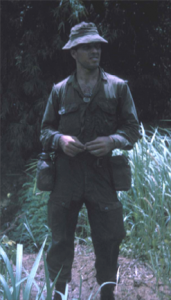 He went to school in Port Pirie until the third year of high school when he went to Adelaide and stayed with his mother’s sister until the rest of the family joined him in 1967. He worked mainly in the travel industry until October 1969 when he was conscripted into the 4th intake of National Servicemen. He did recruit training at Puckapunyal and then infantry training in Singleton. He was scheduled to go to 2 RAR but was redirected to 7 RAR in 1970 in Nui Dat. He served as 4721003 Private Anthony Krantis in Vietnam on 7 RAR’s second tour from 13th May 1970 to 10th March 1971.

At last light on 15 January 1971 a lie–up ambush of 5 Platoon B Company, led by Corporal ‘Rusty’ Hollings, situated 1 km south–east of the Dinh Co monastery at the base of Nui Da Dung, ambushed a group of twenty enemy. The enemy approached from the south and were very well camouflaged. Two enemy were killed and six wounded. In the vigorous exchange of fire, Private Milton Dufty died of a gunshot wound he received to his chest. Corporal Hollings received fragment wounds to his left shoulder and Corporal Graham Roberts sustained fragment wounds to his left arm and the bridge of his nose. Lance Corporal John Costello sustained a minor wound to his buttocks. Corporal Hollings commended the bravery of Private Tony Krantis, the platoon medic who, exposing himself to fire, worked desperately to save Private Dufty.

On discharge he worked for a time in the travel industry and then decided to continue his education. He matriculated at the Adult High School in Adelaide and did a Bachelor of Science (Honours) at Flinders University followed by a doctorate in physiology and pharmacology at the University of Adelaide. He went to Canada in 1981 to do post-doctoral training at the National Research Council in Ottawa Canada to work in the area of Blood Brain Barrier and Drug Delivery. He then became an assistant professor at the University of Ottawa. He is currently Professor in the Department of Cellular and Molecular Medicine at that university. In 2011 he marked 25 years of service with the University of Ottawa, in its Faculty of Medicine. 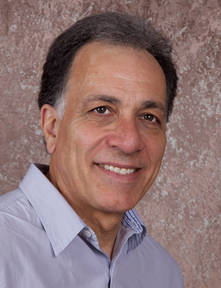 Tony is a key participant in the Global Network for Brain Reconstruction, is President of QBM Cell Science Inc specializing in primary cells and protocol kits for R&D and regulatory governmental sectors. He is the author of many scientific medical papers. His research of the Digestive System led to the discovery and development of intellectual property around a novel class of small molecules for regulation of food intake. He founded a biotechnology company to undertake pre-clinical R&D of this new drug class for human obesity and for agriculture.

He is married with two children – all his relatives live in Australia. He is an advocate for healthy living and lifestyle through exercise and has experience as a fitness instructor, and is an avid cross-country freestyle ski enthusiast.