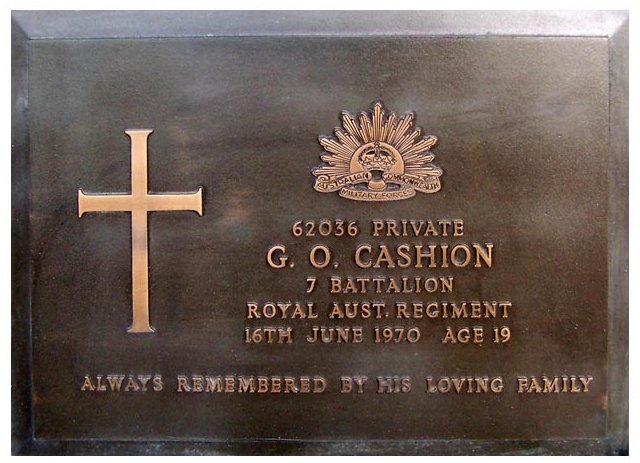 Gary Cashion was born in Hobart, Tasmania, Australia, on the 28th July 1950.

The evening of the 16th June was, in the words of Private Merv Hains, “one of the worst nights I have ever experienced”.
There were frequent and violent lightening strikes during a stormy evening. About 500m north of Lo Voi, in one of those
unfortunate freaks of nature, one bolt struck an armoured personel carrier antenna which Private Gary Cashion of
D Company was leaning against. Private Cashion died that evening as a result of his injuries.

His grave is within the Cornelian Bay Cemetery in Tasmania and is located in Section CL (Grave 179) in the Church of England area. 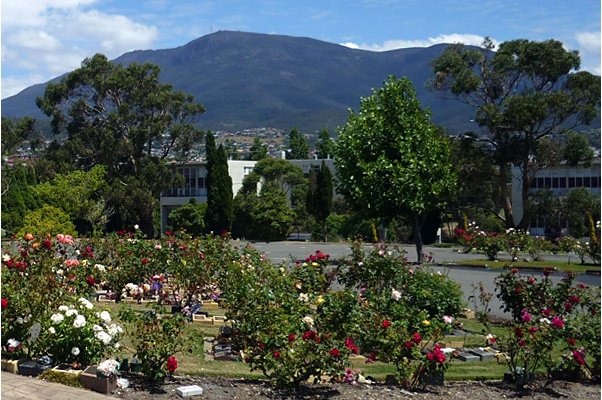